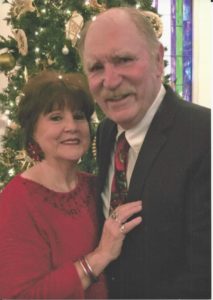 After 31 years, Citizens United for a Better Bridgeport, known as CUBB, is excited to celebrate its annual Christmas parade in downtown Bridgeport, Dec. 7, 2019, at 11:30 a.m. The parade will feature new and former participants including the North Jackson High School Band, cheerleaders, scouts, sports teams, queens, various clubs, the Shriners, former grand marshals and much more. It is CUBB’s honor to have John and Senniah Bobenage as Grand Marshals leading another memorable parade. CUBB will carry out its theme “America the Beautiful” as it honors this important day in history: the 78th anniversary of the attack on Pearl Harbor.

The Bobenages came to Bridgeport from Madison, Ohio, 12 years ago when John accepted the job as mine manager for Lhoist in Anderson, Tennessee. They have four grown daughters.

After Senniah Bobenage looked at several bluff homes in Monteagle, she decided she was a “valley girl” and was very happy to find a home in Bridgeport. During their 40 plus years of marriage, she and her husband have lived in seven communities. Even though they enjoyed each one, they are very happy to live in Bridgeport.

Senniah Bobenage worked as an administrative assistant at Rudder Funeral Home in Scottsboro for seven years and retired in 2015. John Bobenage retired about the same time. Both believe that it is important to not only live in a community but also be a part of the community. They are both very involved in the Bridgeport Lions Club — he is president and she is treasurer — and in the last year have been part of the Thriving Communities and Tennessee Riverline initiatives. They both love Bridgeport and are willing to help in any way to make it a better place. Bridgeport is fortunate the Bobenages chose it as their home.

Get in the Christmas spirit with these local celebrations 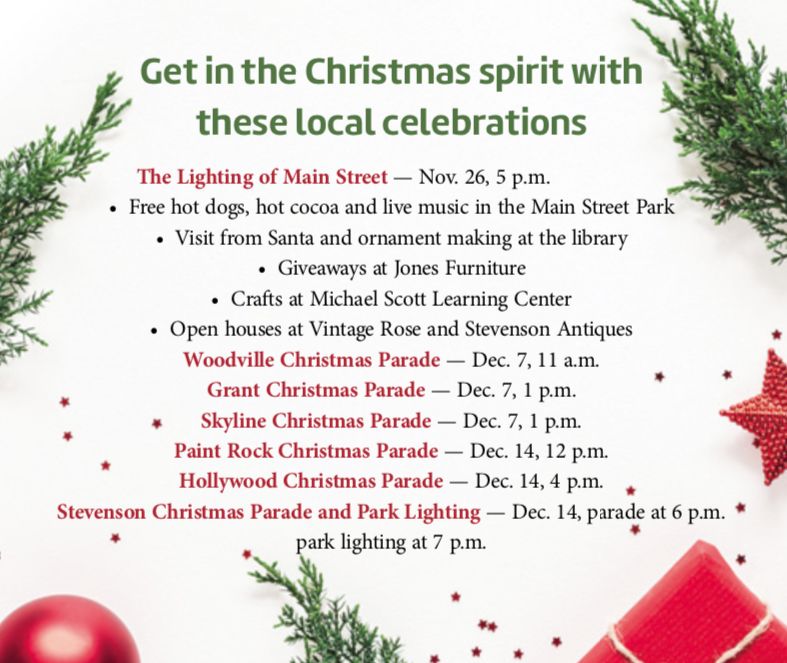