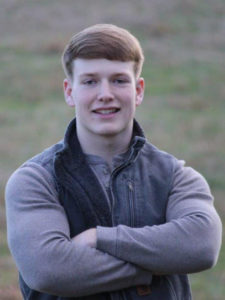 Cam Ellis Bass is the son of Adam Bass, North Alabama Electric Cooperative substation technician, and Darlene Gilbert of Stevenson. A senior at Scottsboro High School, he plans to attend Northeast Alabama Community College before pursuing an electrical engineering degree special- zing in power systems engineering from Auburn University or Georgia Technical College. Bass has been in the STAR Academic Excellence program for four years and is a member of NACC’s English honor society, Sigma Kappa Delta. He is one of the Top 10 Academics in football, broke the record for rushing yards in one game, was chosen All-Region in football and was part of the 2019 5A State Champion track team. Cam has been a member of the Center Point Baptist Church since 2010 and considers becoming a Christian his greatest accomplishment. 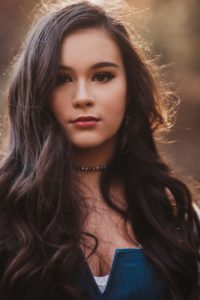 Lacey McAllister is the daughter of Stacie McAllister, an NAEC billing clerk, and Albert McAllister. She is a senior at North Jackson High School with plans of attending Jacksonville State University. She will graduate NJHS with a short-term certificate of general education with over 30 hours of dual-enrollment classes and is pursuing a bachelor of science degree in secondary education and minoring in Language Arts. During her years at NJHS, she has been a cheerleader for four years and will finish her senior year winning the 4A State Championship. Lacey is a four-year Red Card Holder for holding a 4.0 GPA, is class officer of the Beta Club, served in SGA for four years and as vice president her senior year. She is a member of Mu Alpha Theta and its president her senior year, belongs to the Fellowship of Christian Athletes, was voted homecoming queen and was senior attendant for the NJHS Academic Court. She was also chosen to be a part of the Jackson County Junior Leadership her junior year and First Southern Young Leaders her senior year. Lacey has volunteered for the Special Olympics for four years, participated in the Night to Shine event at Agape Church and helped the City of Bridgeport with all its Halloween festivities. Lacey attends the First Baptist Church in Bridgeport. 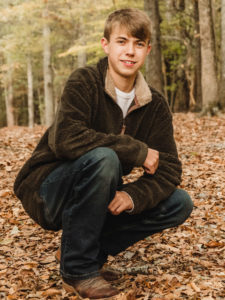 Hank Alred is the son of Eddie Alred, line foreman for North Alabama Electric Cooperative, and Amy Garner of Hollywood. He is in the 2020 senior class of North Jackson High School and plans to follow in his father’s footsteps and attend lineman school. Hank enjoys deer, duck and turkey hunting, fishing, riding dirt bikes and off-roading while spending time with friends. 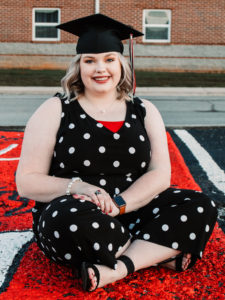 Taylor Houston is the 18-year-old daughter of Sam and Kelli (NAEC billing clerk) Houston. She is a senior in the North Jackson High School class of 2020. She plans to attend Jacksonville State University and aspires to become a secondary science teacher. She also plans to further her education by obtaining a master’s degree in Administration. She will graduate high school with over 30 hours of dual-enrollment classes. During Taylor’s time at North Jackson, she has taken on many leadership positions, including as Beta Club president and Student Government Association president. She is a member of Fellowship of Christian Athletes, Mu Alpha Theta, Academic Excellence Committee, Angel Tree Committee and Math Team. Taylor has spent numerous hours volunteering in her community by participating in the Special Olympics and Tim Tebow’s Night To Shine event. Taylor also represents her school as Miss NJHS. Overall, Taylor has loved her time spent at North Jackson and wants to continue to give back to it in the future as an administrator. 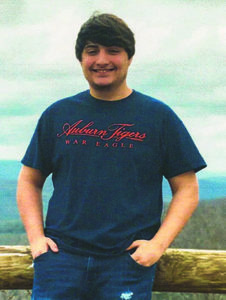 Coleman Towry is the son of Kenny and Pam Towry. He is a member of the 2020 class of DAR High School. He enjoys hunting, fishing and spending time outdoors. Coleman has been working at Dennis Foodland while attending DAR. Once he graduates, he plans to attend the Southeast Lineman Training Center to become a lineman like his dad. 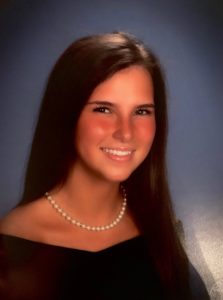 Kiley Knight is the daughter of Bill Knight, GIS mapper at NAEC, and Patty Knight, bus driver for the Jackson County Board of Education. She is a senior at Skyline High School with plans of attending Northeast Alabama Community College in the fall to earn her associate degree, then furthering her education by attending Athens State. Kiley is pursuing a degree in Early Childhood/Special Needs Education. Kiley has been in Senior Beta for three years, an FCCLA and FFA member for four years and a volunteer with the after-school program in addition to the Special Olympics since her sophomore year. She has finished her first year of college through dual enrollment with NACC and was inducted into Sigma Kappa Delta, NACC’s English honors society, her junior year of high school. Kiley has volunteered in fundraising events for the Skyline Volunteer Fire Department and has had the opportunity to volunteer with the Skyline Backpack Buddies program, as well as being an active member of the Skyline Free Holiness Church.