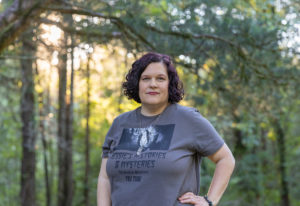 Jessie Crowell turns off the engine of her crimson sedan, steps out of the car, and unloads her gear. This isn’t the first time she’s been here, searching for answers she can share on her YouTube channel — Jessie’s Histories & Mysteries.

Each visit to the Tally Cemetery brings a new experience. It’s at the end of a long country road just outside Stevenson. Trees overhang the road, forming a tunnel, and foliage grows alongside the path. Even though the sun hasn’t quite set, it seems much darker back toward the cemetery. Weeds and wildflowers grow among the long-forgotten gravestones, some of which predate the Civil War. Many of the headstones are damaged — some lying in pieces due to purported grave robbing, others cracked and deteriorating, slowly succumbing to the elements. Crowell makes her way through the cemetery, weaving between markers, careful not to step on any graves. 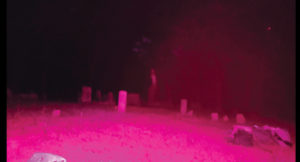 Below, a mist forms and dissipates and is caught on camera at Tally Cemetery. Photo by Jessie Crowell

“I’ve always been interested in the paranormal,” she says. After her mother’s death, her investigation became serious and she started her YouTube channel.

“I realized I had a lot of extra time then, and I saw other people’s videos on YouTube and thought it was something I could do,” she says.

She started out slowly and built up her cache of gear — including cameras, recorders, and temperature meters — that she uses to try to contact the dead and to chronicle her encounters. “I just think it’s interesting to get evidence of communication with spirits,” she says.

But Crowell has another motive besides documenting paranormal interaction: It’s about documenting history.

“All of our older people are dying; we are losing that knowledge,” she says. “YouTube is a way to document things for future generations. I enjoy creating and entertaining.” 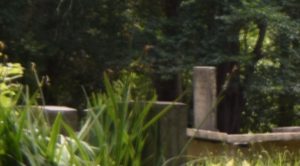 Crowell believes she has captured figure of a woman leaning over a grave. Photo by Jessie Crowell

Tally Cemetery is on land that was once the Tally Farm, inherited by John Benton Tally, who was married to Sarah Price. To the left of the cemetery, up in the woods on the ridge, is the site where Bethlehem Presbyterian Church once stood. The church was established by the Tally’s son, William Jasper, according to “The Stevenson Story,” by Eliza B. Woodall.

Crowell first heard about Tally Cemetery from a friend and decided to check it out.

“I was standing in front of the sign taking photos of it, and I heard something come out of the woods,” she says. From her left, she heard something running at her full speed, stirring up gravel and leaves, before stopping abruptly right beside her. When she turned to look, nothing was there.

“I’ve had some weird stuff happen in my life, but never anything like that. That was really scary,” she says. Then, she heard the same sound coming at her from her right side. “I was thinking to myself, ‘I’m a child of God. You can’t hurt me.’”

Crowell did her best to ignore the incident and proceed with her investigation. 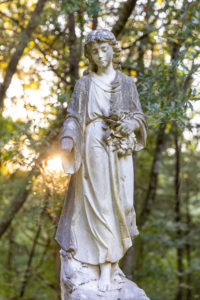 “This was only the second place I had been to, and I was uneducated on what to do,” she says.

She went back to her car, and as she was leaving, she quickly snapped a photo of the cemetery. When she began editing the photo at home, adjusting the brightness, she decided to put a spooky effect on the image and changed the color to purple. That’s when she noticed a figure standing behind a tree.

“It was a bald man looking at me, like he was outlined in chalk,” she says.

“If you go around twilight, you’ll almost always get something on camera,” she says. “One thing most people catch is a little boy with black eyes, and he is accompanied by a black shadow figure. It’s crazy what kind of pictures you can get, but everyone gets something.”

The most popular gravesite at the cemetery belongs to a girl named Willie Tally, who died as a teenager. Her marker is a statue of a young woman standing on top of a pedestal, looking into the distance. According to local lore, the current statue is not the original, which reportedly had eyes that would light up at night and draw local teenagers to the area to catch a glimpse. But the original was damaged through unknown circumstances, and the current statue is missing the woman’s right hand. 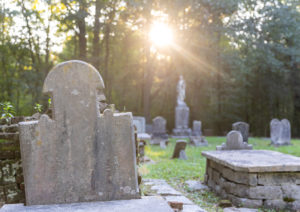 Farther into the woods, away from the main section of the cemetery, are more graves. “I have such a creepy feeling where the main cemetery meets that section in the woods. I think that’s where the shadow person lives,” Crowell says.

“There’s a grave right when you walk into that section, on the right. You can see a face almost etched in the stone. Not everyone sees it, but I see fingers drawing you in,” she says. “I have been in the woods looking at those graves, and I have gotten some disembodied voices on a recording there.”

Once, Crowell left the camera filming in the main cemetery and continued walking around in the other direction. 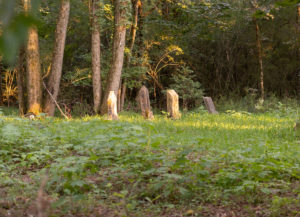 The far section of Tally Cemetery sits deep in the woods away from the main section. Photo by Melissa Gaines

“In that particular video, I was in a different section of the cemetery. When I went back to listen to the recording, I heard a woman’s voice whisper, ‘So, do something,’ and immediately, the REM-Pod started going off,” she says.

An REM-Pod is a device that radiates an electromagnetic field and uses an antenna to detect disturbances in that field. When the field is disturbed, the device makes a sound that some believe is the result of spirits attempting to communicate.

Crowell takes her investigations seriously and prepares carefully. “You shouldn’t jump into this without knowing what you’re doing,” she says. “The people who think it’s a joke or some kind of cheap thrill are the ones who get in trouble. I go into a place with a kind spirit and good intentions. I am always respectful.

“I think the spirits can tell if our intentions are good or not, and I feel they respond to that. To me, a respectful attitude helps from having something bad happen.” 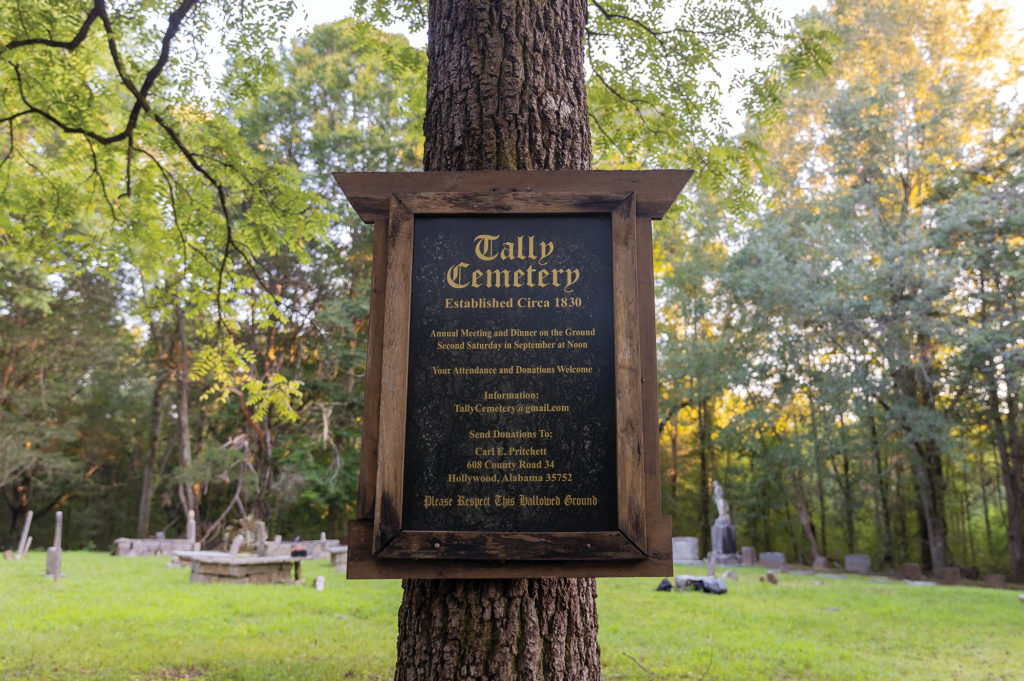 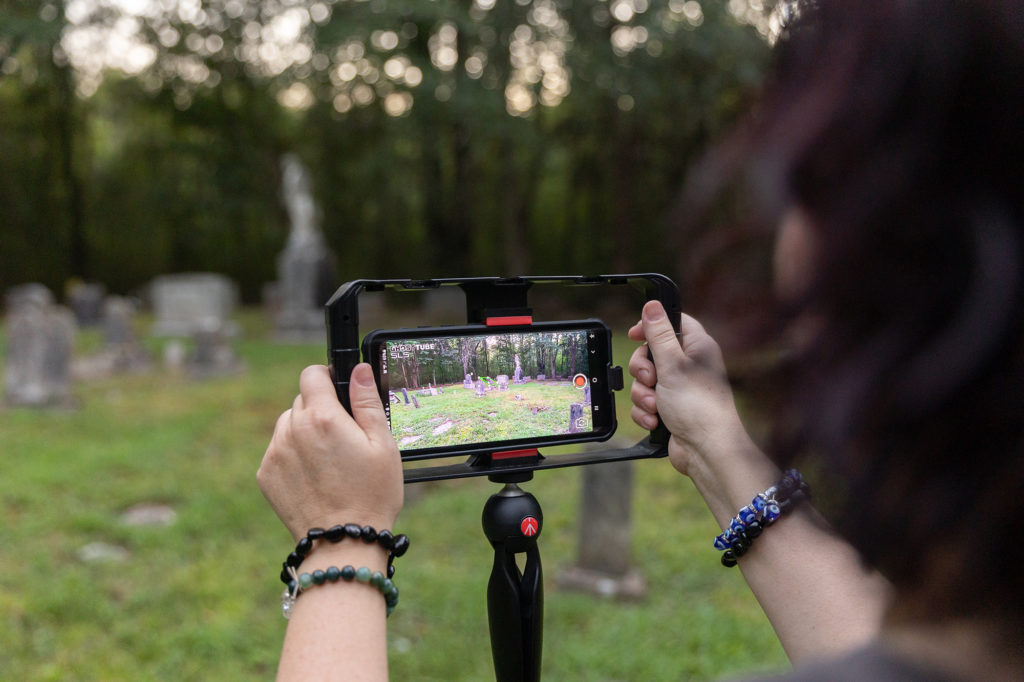 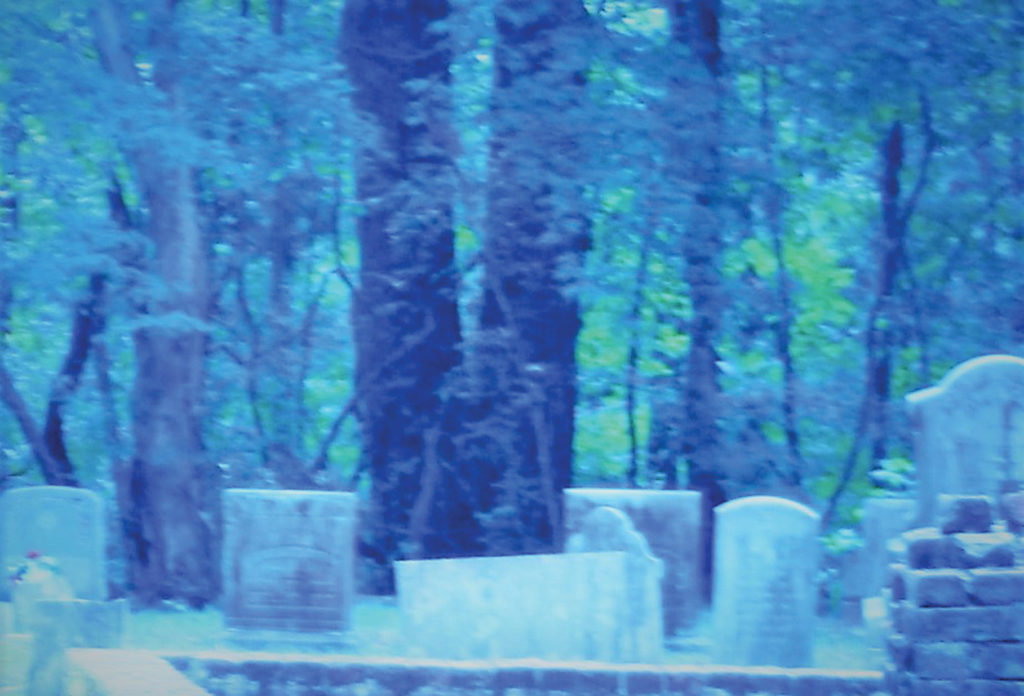 Crowell believes she has captured the spirit of a soldier in front of the tree. Photo by Jessie Crowell 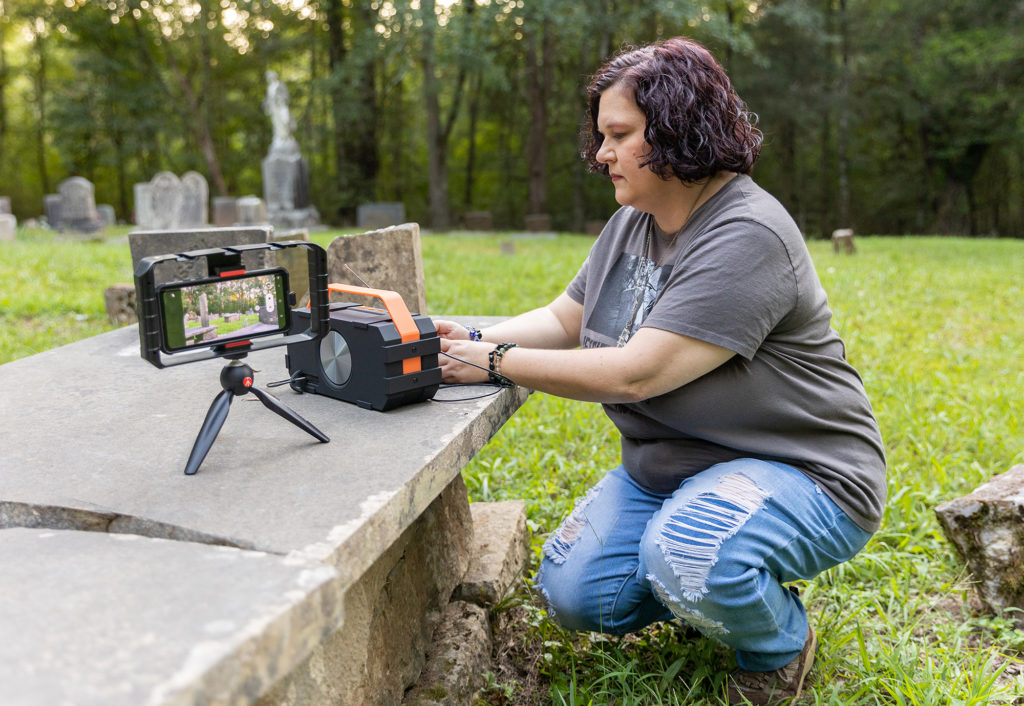 Jessie Crowell sets up her gear to begin recording at Tally Cemetery. Photo by Melissa Gaines