Putting a leash on the Dog Days of Summer 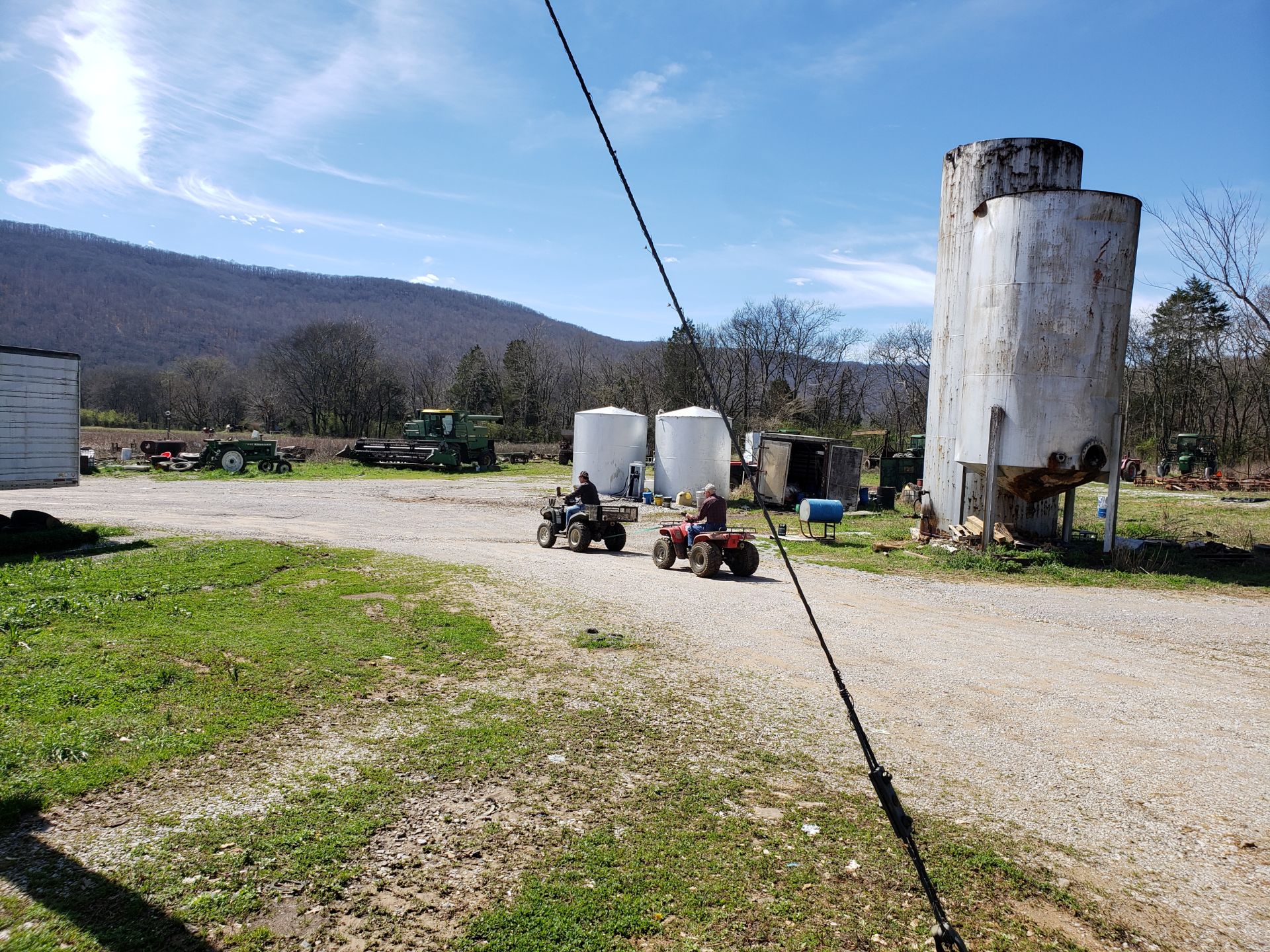 Loyd Brothers Farm, 10 miles out from Stevenson, Alabama, grows corn, cotton, soybeans, and, for the first time this year, hemp. While the crops may change over time, some things do not, including the arrival of long, hot summer days. “You’ve got to go through it every year,” says Jackie Loyd, who has farmed for over 50 years. “The hot summer’s going to be here, and you’ve got to prepare.” 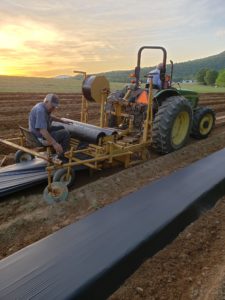 Farmers prepare for the dog days of summer.

Preparation comes down to timing. “If you don’t do something at the right time, you’ve lost your chance to do it,” Loyd says. That means planting and fertilizing before it gets too hot. Then, as temperatures begin to climb, the use of the right chemicals protects crops from heat, insects, and more. It’s all part of dealing with the “dog days of summer” on the farm.

While that term may bring to mind images of a dog lounging in the shade to escape the heat, it actually has roots in astrology. According to The Old Farmer’s Almanac, the arrival of the hottest days of the year, which usually fall between July 3 and Aug. 11, typically coincide with the dawn rising of Sirius, also known as the “Dog Star.” Sirius is the brightest star in the sky, except, of course, for the star responsible for all that summer heat: the sun.

Throughout those hot summer days, farmers must work long hours to care for their crops. “Farming in the spring, the summertime, the fall — it’s never an eight-hour-a-day job,” Loyd says. “Sometimes we work 11 or 12 hours a day. When you’re out in the weather, you’ve got to drink a lot of water, wipe your sweat off and keep going!”

Mitigating the risk of drought 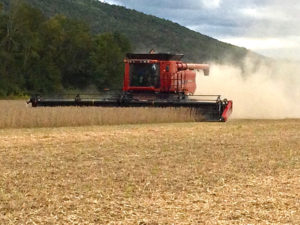 Even with all the hard work farmers put in, farming is a risky venture. Robert Hereford runs Hereford Farms in Madison County, Alabama, 20 miles from Huntsville. “The equipment’s expensive,” Hereford says. “The input’s expensive — fertilizer, seed, and chemical. And it’s a really low-profit margin normally for the risk involved. But if everything works, we can make a really good profit.”

It can be quite a big “if.” From foreign policy on exports to the whims of insects, much remains out of farmers’ control, including how much rain falls on the crops in those dog days of summer. For much of history, farmers could do nothing but wait and pray for that rain. When it didn’t come, the results could be tragic. Hereford remembers one summer drought that almost put him out of business in 1980. Fortunately, modern irrigation systems help mitigate some of that risk.

Today, Hereford Farms has enough equipment to water a little over half of the crop, no matter how much rain falls. “I feel a little bit more confident that I will make an acceptable yield where I have irrigation,” Hereford says. “It makes it easier to presell some of my crops to the granaries because I have a better feeling of what I might make.”

Still, nothing is ever guaranteed for a farmer. “You work at it, but you realize you can’t control the outcome,” he says.

“You’ve got to learn to be patient and take what you can.” 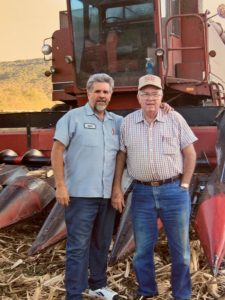 Mike Sisk is the son and grandson of farmers. He is pictured here with his late father Jimmie.
Photo courtesy of Mike Sisk

Mike Sisk, a county commissioner in Jackson County, Alabama, is the son and grandson of farmers. He says many people don’t realize just how big a role farmers play in feeding America. “Agriculture is the backbone of our country,” he says. “Every time your elbow bends and mouth opens, a farmer helped to put that food on your plate. As the bumper stickers say, ‘No Farmers, No Food.’”

So what can communities do to support their local farmers during the dog days of summer? More than anything, farmers seem to just want people’s patience. “When we travel up and down the roads with this big irrigation equipment, it holds people up and slows people down. We don’t want to do that, but we have to get the job done,” Hereford says.

When drivers slow down and pay attention on rural roads, the farmers can safely get their equipment where it needs to go. Then, they can ensure the crops stay watered and healthy in the summer heat so we can all enjoy the harvest on our grocery store shelves and dinner plates in the months to come.

“Safety is the main thing,” Sisk says. “When farmers are moving our equipment, we want to take care of the oncoming traffic we’re meeting and not be a harm to them in any way. It’s just something people don’t understand when they’re in a hurry.”