The buzz around town

Jackson County beekeepers are taking the sting out of population decline 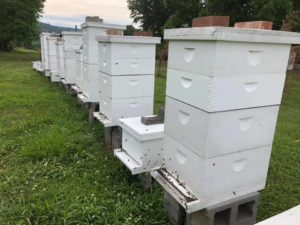 The Manning brothers’ bee farm in Jackson County was little more than a hobby 20 years ago. With just a couple of hives, Roscoe and Lester’s goal was to produce enough honey for the two of them to enjoy each year.

But the brothers aren’t the type to let a good opportunity go to waste. So each swarm season, when bees break off from large colonies to start their own hives, they would add to their collection. Now, they run one of the largest bee farms in North Alabama.

“We only got into it so we could have honey for ourselves,” says Roscoe Manning. “But the bees swarm each year, so we kept adding to it. Now we’re up to about 80 to 90 hives.” 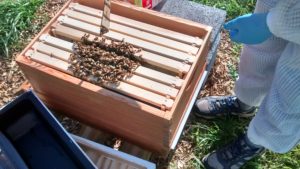 The Manning farm is a full-time operation that keeps the brothers busy seven days a week, making them the exception for Alabama beekeepers. As concern for the bee population and the role these buzzing pollinators play for the environment has grown, more people have been drawn to beekeeping as a hobby or a side business.

“We’re a state loaded with hobbyists. We have a lot of small-time beekeepers and a lot of small businesses,” says William Rowe, regional extension agent for the Alabama Cooperative Extension System and a beekeeper himself. “These people are all out there with the same interest and looking to each other for support. So it turns into one big happy bee family.” 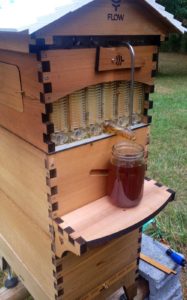 In 2006, a mysterious rash of deaths in honey bee colonies began appearing across the United States. Affected colonies had a live queen and immature bees, but there were no adult bees to sustain them. Known as Colony Collapse Disorder, scientists have struggled to find a clear cause for the incidents to this day.

That is a cause for concern because, while not native to the U.S., honey bees are an instrumental part of the nation’s agriculture industry. Like other species of bees and wasps, honey bees play an important role in pollinating crops and increasing yields. In addition, honey bees have proven more manageable for farmers than other pollinators.

“They have a behavior called constancy, which means once they discover a flower or resource they’ll go back and tell the colony,” Rowe says. “They will keep coming back to it over and over, which ensures that the crop is being pollinated as it needs with bees moving from one flower to the next of the same kind. So they’re pretty ideal to our idea of agriculture.”

According to Rowe, the recent spike in interest for honey bees and beekeeping has helped reverse the population decline that began in 2006. In fact, there may now be too much focus on the honey bee, neglecting bumblebees, wasps and other native pollinators.

“We have about 3,500 bee species in the U.S., and the honey bee is just one of them,” says Dr. Josh Campbell, a research associate at Auburn University’s Bee Lab. “A lot of our native bees are better pollinators than the honey bee. They’re more efficient. But we don’t have a good handle on where they live and how to manage them.” 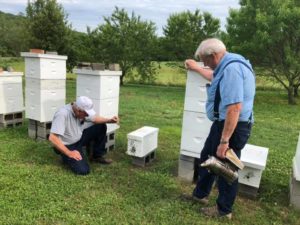 While honey bees may not be on the verge of collapse, the global bee trade has led to a variety of threats from pests such as the varroa mite, tracheal mite and the small hive beetle, for which there are few good treatments.

“It’s a constant battle fighting all these pests,” says Nathan Kennedy, who man- ages five hives in Stevenson with his wife, Jacqueline. “In the old days, you could come out of winter and expect that virtually all of your hives would live through winter. Now it’s not uncommon for people to lose 50% or more of their hives.”

In many cases, the only solution is to boost the general bee population, meaning continued growth through beekeeping is still important. For aspiring beekeepers, Rowe suggests getting involved with local organizations like the Jackson County Beekeepers Association.

For native bees, forces like climate change and habitat modification are persistent threats. Fortunately, people can take steps to improve the local environment for bees without investing heavily in a new beekeeping hobby. 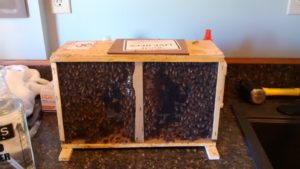 “One thing I like to do is show people pictures of different front yards and ask, ‘Where are the flowers in this scene?’” Rowe says. “Some people want low-maintenance landscapes, which means shrubs that flower very rarely and flowers that don’t generate adequate nectar or pollen to support anything. What will the bees feed on in these areas?”

Simple steps like easing up on weeding, growing more flowering plants, spraying pesticides when plants aren’t flowering or at night when bees are less active can all create an environment that is more welcoming to bees and other pollinators.

“There are a lot of small things that can be done,” Rowe says. “And you won’t just get bees. You’ll also have butterflies and hummingbirds. There are whole hosts of insects and animals that come along with a freely blooming environment.”